skip to main | skip to sidebar

So you are getting ready to go to law school and have been beating yourself to death over the head with the LSAT? Don't you know this is just what LSAC wants?

Don't let them break you.

You could study for the LSAT two hours everyday and four hours on Saturday, or you could use some of that time to go out and find the mother-of-all-power-suits:

And maybe consider always having an American flag behind you...

Hey Dean of Admissions, just try and deny these ladies.

For the gentleman a suit just isn't going to be enough. Car dealers wear suits. You're going to have to go above and beyond. Consider the proper shock and aw value of the briefcase:

Of course the briefcase is only as impressive as the jaw line you have to go with it. Weak jaw line? Weak briefcase shock and aw:

Whether law school, a party, or at home, nobody wants that guy around. Mr. Weak Chin, why not kick it up a bit? Here is a guy any law school would accept without reservation:

Even with a 145 LSAT score, just try and tell this guy he doesn't have a place in your college...

This happy little Eskimo has seventeen different words for "Admitted!"

Finally, in all your letters, interviews, and conversations be sure to mention how incredibly noble the law is as many times as is possible. Also, mix in as many Latin phrases as a you can.

It's ok if the Latin phrases don't make sense. It's a 1,500 year old dead language. Unless your dean of admissions is Amilius Papinianus or John Adams, they won't have any idea what you're saying anyway. But to them the nobility of the law and Latin phrases go hand in hand--both things far better and above the common man, even if no one really knows how, why, or for what purpose.
Posted by Daniel at 11:30 AM

Nuts. I didn't have a power suit or American flag to wave. That must've been why I didn't get in to law school. That, and I only applied to one and didn't want to go anyway.

there is good stuff here. thank you.

Whereas this entry has been exposed by the outside world, I would just like to make it clear that I support affirmative action (whether in practice or in spirit) within the law school admissions process. I just think the idea of spending your time faking an ethnically and culturally diverse background instead of practicing for the LSAT is absurd enough to be an object of humor because a generally decent person would never do such a thing (and even most generally indecent people). Wherever such problems do exist, I see no humor.

Your accurate and highly appropriate breakdown of the LSAT racquet has made me laugh.

Thank you for telling it like it really is. 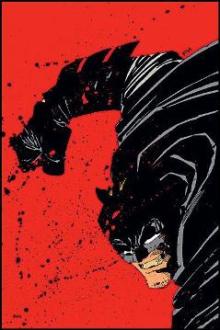 None calleth for justice, nor any pleadeth for truth: they trust in vanity, and speak lies; they conceive mischief, and bring forth iniquity. ¶ Therefore is judgment far from us, neither doth justice overtake us: we wait for light, but behold obscurity; for brightness, but we walk in darkness. And judgment is turned away backward, and justice standeth afar off: for truth is fallen in the street, and equity cannot enter.

School of Law Blog for Dummies